May 1
"Art in the Garden" at the Brooklyn Botanic Garden
Two graduates of the Brooklyn Public Library’s Nannies’ Fairy Tale Writing Workshops read their fairy tales, accompanied by Alice Jones on flute.

May 4
Live Music by Living Composers, presented by the Leschetizky Association at Tenri Cultural Institute
with Derin Oge, piano
Peter Senchuk: Sonata
​
May 4
Phoenix Orchestra performs my arrangement of Samuel Barber's Knoxville: Summer of 1915 for soprano and woodwind quintet at District Hall in Boston, MA

In June 2015, I was hit by a car while walking home, and my injuries put my performance career on hold -- indefinitely, it seemed at the time.

Meet Ed Leedskalnin: a small unassuming Latvian immigrant who is responsible for singlehandedly constructing the monument Coral Castle in Florida. This was an impossible feat for one man to create, but he claimed that he had discovered the secret of the Egyptians and constructed this monolithic coral city using nothing but a small mysterious box set on a tripod that he claimed could reverse the magnetic forces on Earth and levitate these huge structures. To this day no one can explain how these coral formations could have been moved from the sea miles away to the location where he built this and he did it for a woman he loved who never came to see his creation. Ed's story is retold through live music by Whitney George, performed by The Curiosity Cabinet and staged drama with puppets created by Daniel Fay. 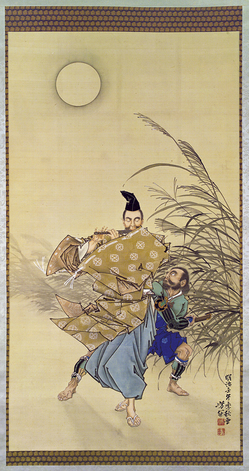 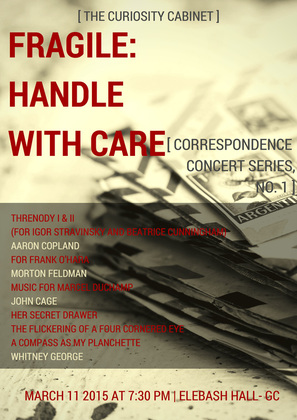 
May 21
"The Exquisite Corpse: An evening of chamber music by female composers"
Elebash Recital Hall, The Graduate Center
365 5th Ave, NYC
Whitney George: "The Flickering of a Four-Cornered Eye" from Night, Like Velvet: In Twelve Letters (2013)

May 4, 7:30p - Duo Iki and the Music of Turkey
SUNY Purchase
Hasan Uçarsu, Istanbul, the city of anachronistic nostalgia